Now, on to the brakes.  I decided to replace the Shimano calipers with Hope RX4+ calipers.  The Hope calipers are 4 piston units, machined in a single piece of alloy, and are well regarded as quality calipers.

Spending some time researching them, and found that they have an M5 port for bleeding, whereas the Shimano calipers use an M4 thread.  When I opened the box, it was great to see that they included a syringe and fitting for bleeding the brake system.  Pads are included as well, both sintered and organic – I will install the organic pads. 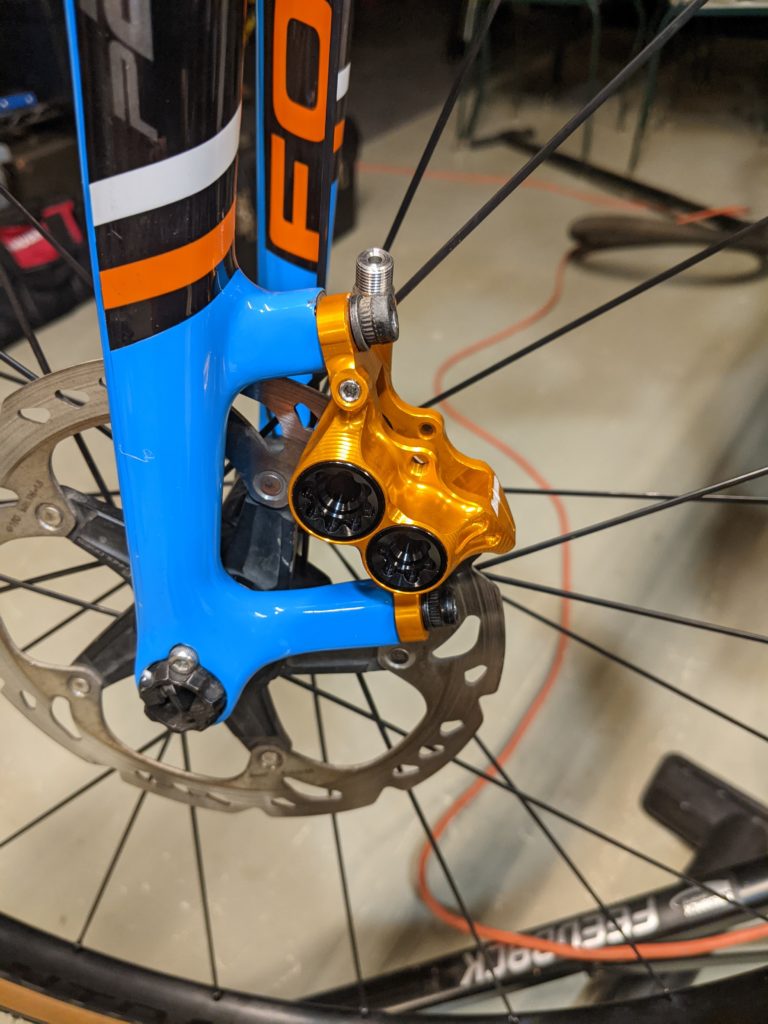 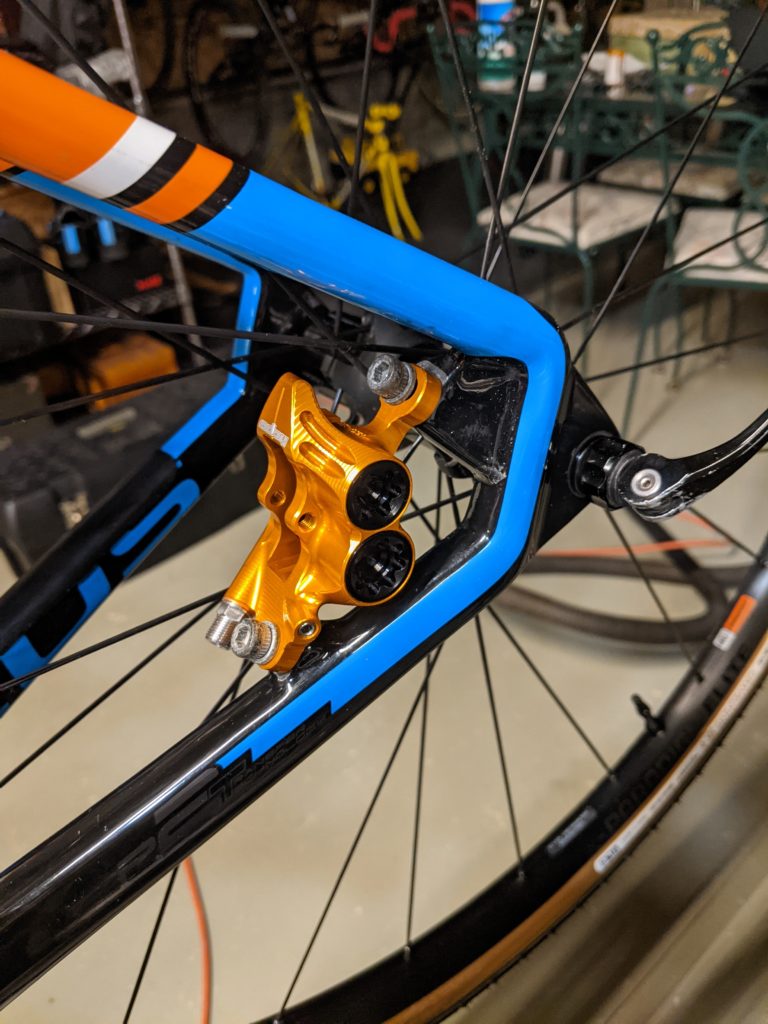 I also decided to install new BH90 brake hose at the same time.  I have the Shimano brake bleed kit which includes a cup reservoir to use on the levers so that extra fluid can be pushed out the top of the system when removing air bubbles.  Coupled with the Hope syringe and fitting that should be all that’s needed to maintain the brakes.  I’m using Shimano brand mineral oil as well.

I had Columbus Cycling replaced the brake hose for me, since they have the tools to do the job.  While I like tools, they aren’t cheap and I don’t see this task as something that will need to be redone very often, if at all.  It didn’t take them long to finish that job.

Bleeding the brakes was a bit trickier.  The Hope calipers are known for hiding air in the pistons and can be difficult to get a firm lever.  They have a process to use to get the brakes bled and working properly.  I followed their procedure and the front brake is firm and works well.  The rear brake works, but the lever isn’t as firm as the front.  I’ll try rebleeding it and see if I can improve things.

I was able to firm the rear lever up a bit more, but it’s still not as good as the front.  I’ll try again after a ride and see what I can do.